We use cookies on our website. They help us get to know you a little and how you use our website. This helps us provide a more valuable and tailored experience for you and others.

You can revoke cookies at anytime at the bottom of the page.

A lot of the sport clothing we wear is made in inhumane conditions. A fabulous cycling outfit costs a certain amount here, however over there the worker who made it earns a ridiculously low wage, working long days in poor conditions and stifling heat. Six days out of seven, the workers in textile factories in Cambodia and other Asian countries deliver unbelievable performances, comparable to actual sporting performances, just to make our sports clothing.

In order to raise awareness of this problem with the sportive consumer, data has been secretly recorded by a worker in a Cambodian clothing factory. She wore several fitness gadgets which measured her vital functions during one working day. At the end of the day, it turned out that this worker really pushed herself to the limit – just like the athletes who would end up wearing the clothes she makes.

This textile worker's story is also reconstructed in a TV advert which calls on people to sign the Clean Clothes petition. With this petition, NGO Wereldsolidariteit and ACV are putting pressure on sport clothing brands so that, in future, they will use safe factories for their production, where human rights are respected and where workers earn a decent salary. You can also watch a documentary online featuring an interview with the worker.

You can watch the TV advert and the documentary about this secret mission below.

In April, Boondoggle and Wereldsolidariteit received the Medialaan Fairtime Award, which rewards social and humanitarian organisations for their creative campaigns. Wereldsolidariteit also received a cheque for 25,000 Euros for the production of the advert and a media campaign worth 250,000 Euros on VTM, Q2, Vitaya, Caz and MEDIALAAN's on-line platforms. 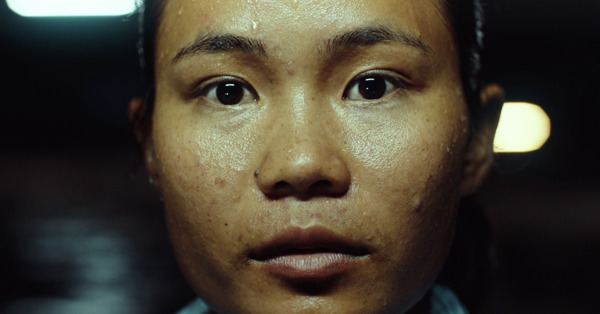 Boondoggle is a full-service creative agency, employing over 60 people in Belgium.
With a human-centered, agile design thinking approach at its core, Boondoggle delivers through-the-line advertising campaigns, integrated with innovative digital products and services.

Boondoggle's belief is that collaboration is the key to creating meaningful campaigns, products and services and strives to work together with its clients to take them beyond.